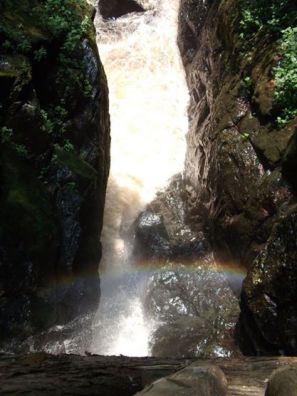 When people hear about the Young Adult series I currently have in the works, one of the first questions I’m asked is, “How did you come up with a world like that?” or, “What was your inspiration for creating that world?”  Today, I dig down inside myself to find the courage to share with you the bittersweet answer to both of those questions, which I’ve affectionately come to call my origin story.  This is the tale of a horse rancher I aptly nicknamed Pony, and how he came to change the course of my life and rekindled my passion to tell stories.

Maya Angelou once said, “Sometimes the people whom we’ve known for only a short amount of time have a bigger impact on us than those we’ve known forever.” It’s thanks to Pony that I know the truth of these words deeply in my heart.  He came into my life unexpectedly, and if one were to compare our personalities, backgrounds, and beliefs at the time we couldn’t have been more different. Yet our friendship fused together effortlessly. To say that he was an amazing gift in my life would be a gross understatement – we learned so much from one another so quickly that it became the kind of relationship where you start to wonder if this isn’t the first time you’ve shared a lifetime together. Within a year, we were calling each other brother and sister.

Within the next year, I lost him. While out driving one night he was hit by a drunk driver, and the injuries and impact put him in a coma.  Two weeks later, he was gone.

Losing him brought more than grief into my life.  It also brought about the largest crisis of faith I’d ever had.  I had not only lost a man who was one of the strongest support beams in my life, but I had lost one of my greatest teachers, too. The meaning of a journal I’d been keeping to one day give to him was instantly transformed by his death – the remaining pages became a memorial, a way for me to catalog every memory and lesson so that I would never forget. But even then, the grief didn’t lessen. I knew I had to do something, work with my grief in a different way, and that if I did that, perhaps I would heal.

I decided to write a play. A play that would begin with grief but somehow end in celebration, even though I had no idea how that celebration was going to come about.  I based the play on a legend that I invented, which I called the Legend of the Second Life. Because the universe works in mysterious ways, the same week I started writing the play I also started a residency at a new school, charged with the task of helping a class of high school students write a play together. The students chose to write about the consequences of violence, and unsurprisingly, one of those consequences was loss.

The stories many of them shared with me about how they’d lost loved ones of all ages to violence still hurts my heart to this day.  After class was over, my head was spinning with the realization that grief was not just a topic for adults, that it was one that children and teenagers struggled with, too. That was the moment that writing this play became more than just about me and Pony. When I got home, I rewrote the opening scene and shifted the target audience – it was now critically important to me that the play was appropriate and meaningful for ages 12 and up.

So once the draft was finished and it was time to hear the piece out loud to get some feedback, both times I elected to have an audience of mostly young people. Above all else, I wanted to be sure that the play was accessible and impactful for them.  Little did I know, I was about to receive feedback on much more than the play. After each reading, participants came up to me individually to tell me that they liked the world I’d created so much that they would read books about it. It was a possibility I had never considered before, and when coworkers and friends echoed the same sentiment in the weeks to come, I knew that I was receiving this feedback for a reason.

So, I accepted the challenge.  To do this, I rewound the clock of the world so that the first book took place seven years before the play, which made the protagonist fourteen-years-old.  It was one of the most terrifying yet liberating things I’ve ever done as a writer. More importantly, it forced me to ask a crucial question that I had yet to consider: “What is the purpose of this world, these characters, this series, beyond an exploration of grief?”  I realized that that the answer lay not in my grief, but in why I was grieving – for the loss of a man whose friendship and insights had taught me so much.  After all, why else are we here if not to ask questions, question answers, and to continually challenge and learn from one another?  That was the bedrock of our friendship, so that needed to be the bedrock of this world and its stories, too.

While I’m currently unsure if the book series will include the Legend of the Second Life, or if I’ll ever share that play with a wider audience, I take heart that Pony – and our incredible kinship – will have a second life in these stories.  I can’t wait to share more about them with you in the months to come.

4 thoughts on “A Second Life”

My latest out of the kiln. I'm still getting used to how much the pieces shrink, but in terms of design and glaze I am in love with this one.
If there was one thing I wanted to turn out well this class, it was this Sun and Moon mug. I'm over the moon with the result - my weird handle shape and all. 🤣🤭🥰
My first completed cup from the kiln! It was an ambitious one, using underglaze, a single dip on the inside and outside, and then a second dip on the outside. I am so stoked about it!! It is my new whiskey sipper. 🥰
My first two glazed pieces. Taken before I cleaned my bottoms. 🤭 I honestly have no clue what these will look like post firing - designs in black underglaze, one color dip on the whole of both pieces, then a second dip for outsides only. Who knows! ❓❔⁉️
This Halloween, I have dressed as both sides of my sparkling personality. God's help us all. 🤣😇🦇🦇🦇🦇🦇🦇🦇 #GoodWitchBadWitch
I "pinched"my first mug handle (I use the term pinched loosely, I think I came up with an inventive method all my own 🤣), made my first bowl with a fancy rim for my lovely spouse, trimmed my first bowl which is all set for its first firing, and got to see the results of my first ever cup that was fired!
My Tweets